The younger brother of Agnes Poett, Alfred was ten when the family arrived in San Francisco in 1849.  Not long afterward Alfred was sent to London for training as a civil engineer.  After working in London and the Azores, Alfred moved to San Francisco in the early 1860s, where he served as an engineer for the Central Pacific Railroad and for various Peninsula estate holders, including Senator Leland Stanford and William C. Ralston.  Alfred also laid out a number of the roads in modern-day Hillsborough, as well as St. John’s Cemetery, where his older sister, Agnes Poett Howard Howard Bowie, is interred. 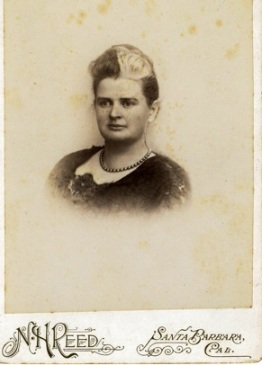